The rise and rise of mobile usage and mobile gaming has been a real game changer – and one which has reached out to many other areas too. To put this rise into perspective, in 2015 for the first time more people – 52.7% – used their mobile devices to access the internet than traditional PCs. And it’s a trend that is continuing to grow. In fact, by 2019 it’s projected that this figure will be over 63%.

Because mobiles are far more “social” devices than PCs, laptops and games consoles, this has also led to a change in the sorts of features offered by the games that we play on them. It’s also gone hand in hand with the huge advances in technology that have taken us from a world where Snake was pretty much the most exciting game a mobile user could enjoy to the huge range choice that we can enjoy today.

Of course, the ever-alert games industry has been keeping a very close eye on these developments and quickly identified that the social aspect of gaming was set to become a key component. You only have to look at the huge advances in social connectivity that came as part and parcel of the PS4 when it was launched in 2013, which are probably best summed up by the fact that the new controller even had a “share” button incorporated in it.

For the game developers themselves, the inclusion of social elements has been a real no-brainer. For a start, although one of the features of video gaming is that, at its purest, it’s you versus the machine, ever since games have been played they’ve been a largely social activity – even if it has also involved some level of competition too.

A great example of this is bingo. For generations, it was a big social event in many people’s weeks when then went along to the local bingo hall to meet with friends, have a drink or two and, hopefully, win some cash too. You only have to look at the plethora of new online sites which offer bingo to see that virtually all have a very prominent chat room feature. Naturally, they also have a great deal of information about who’s won what and where, and often user profiles, which further encourage interaction. The result is an online space where you can meet up with friends and even make new ones too.

It would also be fair to say that by introducing a social element to games it has not only created a whole new dimension for players, it’s also created a brand new revenue stream for developers – vital when so many games and apps are free to download and play.

For example, they say that word of mouth is the best kind of advertising, so what could be better than getting a personal recommendation to play from a friend? Plus, with the opportunity to incentivise existing players to recruit others, it represents a quick win at little or no cost to the games companies. Candy Crush has been particularly successful in doing this by taking advantage social media to the full. 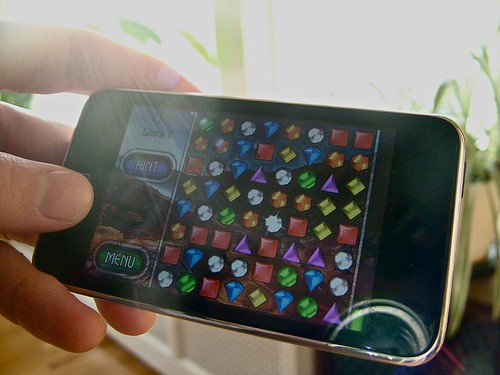 Once such friends and acquaintances are on board there’s also the opportunity to reinforce those networks of friends by the gifting of in-game features like extra lives or other virtual items. Obviously, these work more effectively with players who are in it for the social aspects rather than for the dedicated gamers whose whole goal is to win.

For these types of gamers then, the inclusion of leaderboards is a great incentive to get involved. After all, for many of the most dedicated gamers it’s not just important to do well, it’s equally vital to be able to compare performance against friends and peers. Maybe not the most sociable approach to gaming, but a great use of social connectivity all the same.

As to where social gaming is heading and what technology is going to be behind the next major step change, many are anticipating that virtual reality will bring many new opportunities. For example it could take things up to the next level where players could meet and compete in a virtual world in which barriers of geographical location no longer exist.

With companies like Sony offering VR headsets that offer an incredible and fully immersive experience as well as cheaper models from Samsung and the ultra low price Google Cardboard it certainly seems to be where things are headed next.