When it comes to horror, there’s nothing like a space station to make your blood run cold. Ever since horror fans were told, ‘In space no one can hear you scream’, space has invoked a special sense of dread. It’s this sense of dread that Prey leaves you to dwell in. from the get go, you’re left to your own devices to navigate a world of turmoil and aliens. Playing as Morgan Yu, you’ll have to make use of the stations Neuromods, technological enhancements that improve your speed, strength and intelligence to take your attackers down. Taking inspiration from Doom 3 and Dead Space, Prey will see you scramble from corridor to corridor looking for key cards to get away from the Typhons waiting in the darkness around you.

From the moment you’re left to navigate the Talos l space station, you’ll have to use all your wits and trigger skill to survive. From the moment you traverse the fantastically sterile facility, you’ll feed the desperation of the crew littered throughout the station. Survivors come across as authentically shaken and you can’t help but feel sympathy for the alien predicament they find themselves in. As you traverse the station, you’ll be able to make your way through vents and hatches to new areas to follow the main quest and scavenge yourself a new weapon. 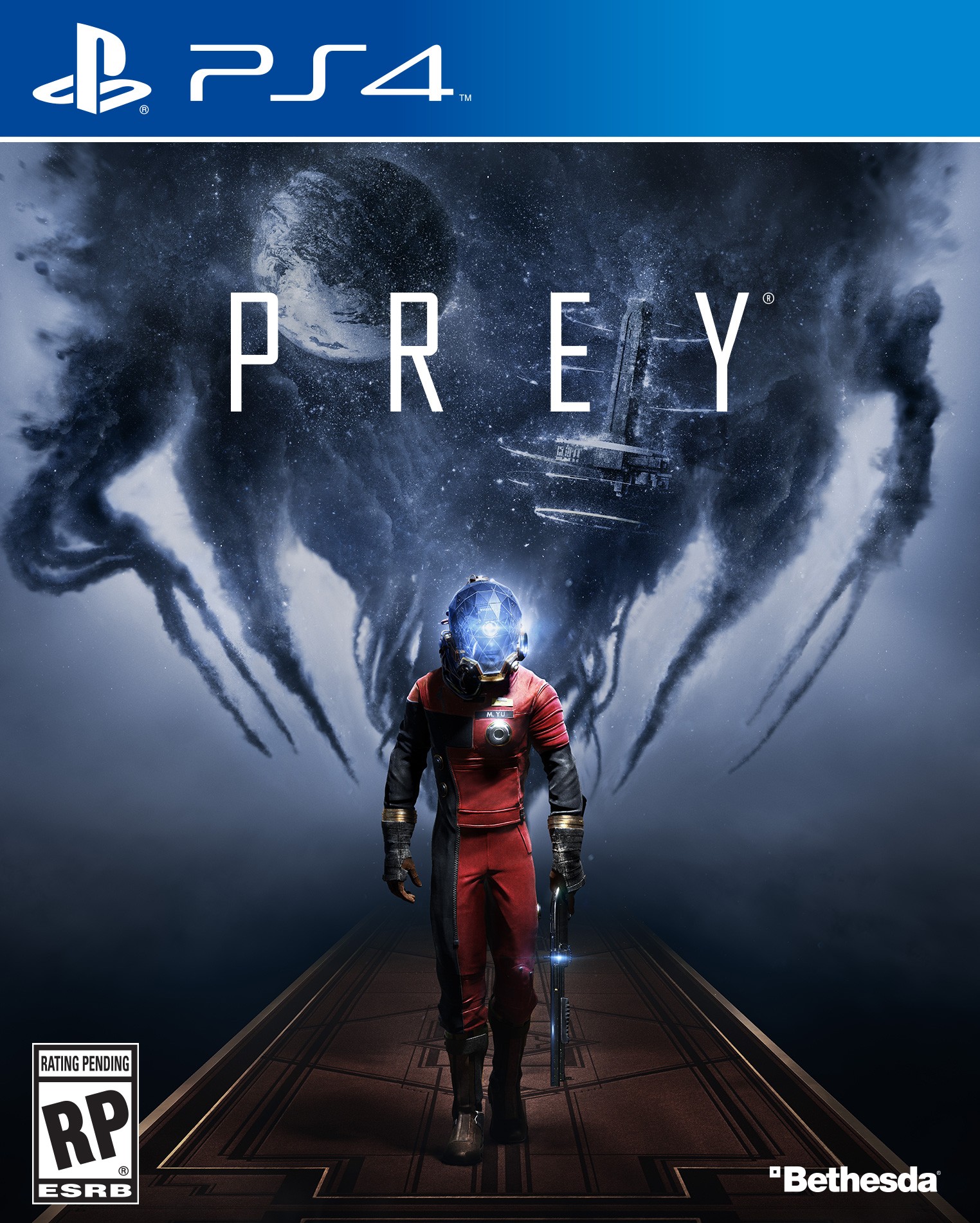 The single player campaign is relatively straightforward, pushing you on a path to purge the alien threat and restore the facility to working order. Throughout the game, you’ll find yourself travelling from A to B to C, which would feel limiting, if not for the shear variety of travel options available. Players can utilize the boring central lift, the GUTS anti-gravity passage that moves air and acts as a hub of alien activity, or traverse the ships exterior outside in space. Whoever said going from A to B would be boring? Each transport method has its advantage, for example, in space you won’t encounter the same level of enemies you would if you were inside.

When you return inside, you’ll be greeted by masses of aliens called Typhons. Typhons vary in their attacks and come in many variations, the most common of which are the mimics, which take on the form of nearby objects before launching out and attacking you. You’ll find yourself travelling down a corridor anticipating the next Mimic attack for the majority of your stay on the station. The more seasoned gamer may be put off by the repetitive jump scares but casual gamers looking to jump out of their seat will be rewarded with shivers.

With regards to combat, Prey is a late bloomer. The combat doesn’t get off the ground until you start to accumulate Neuromod upgrades. At the start of the game, weapons all feel a bit flimsy and useless (And not in a good way!). When a Mimic rushes you it can be difficult to connect with a satisfying attack. Mimics dart all over the place during exchanges, which is novel for short gaming periods, but during longer sessions it can be extremely daunting. However, as more Typhons come in, in the form of Telepaths, Technopaths and Weavers the combat becomes much more varied. Although you’ll find enemies sponge weapons much more than you’d like throughout the game. 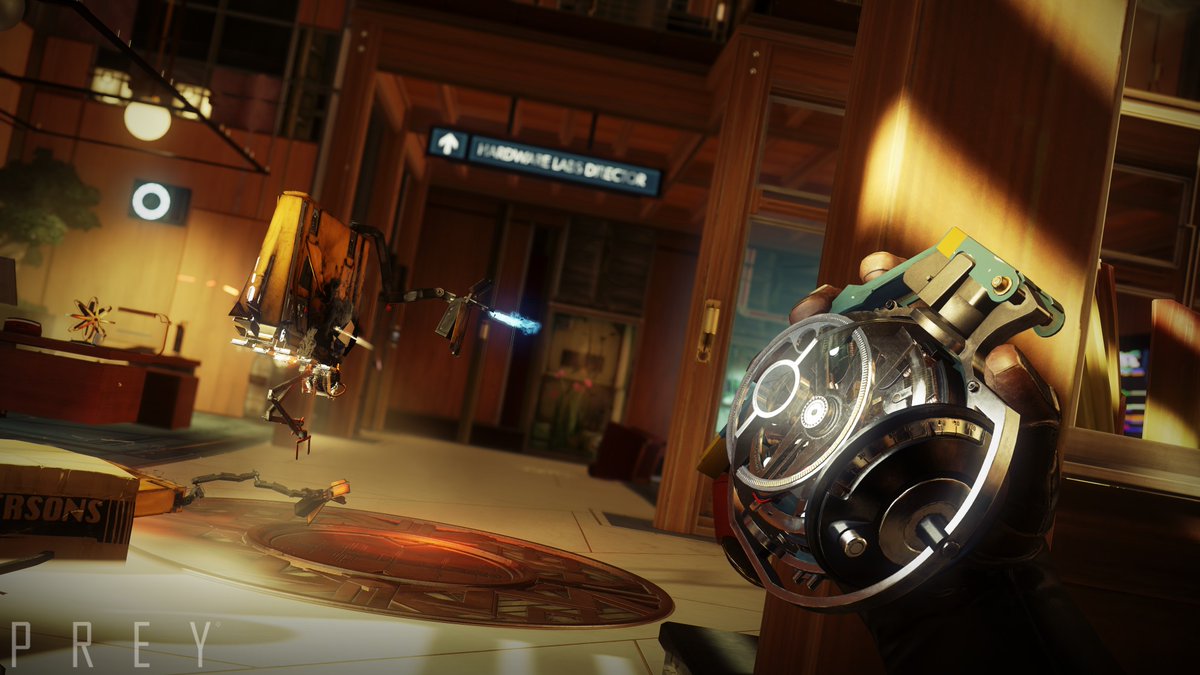 With regards to the Neuromod abilities you’ll be able to choose between human and alien powers. With human powers, you’ll be able to lift heavy objects, repaired damaged equipment around the base, hack consoles and sprint at increased speeds. Whilst these abilities add something to the game, it’s the alien powers that really turn things up a notch. With alien powers, you’ll be able to use kinetic blast to blow away enemies and objects in range, or a Psychoshock weapon, which nullifies enemy abilities. It’s a shame that combat couldn’t be more compelling to accompany these abilities, but given the nature of scare-shooters, premium FPS gameplay is not the aim of the developers. When you’re not making use of Neuromods you’ll be using fabrications to make new equipment from weapons and ammo. Like Dead Space, you’ll need to pick up a blueprint before you can design a new piece of kit so you’ll need to put the legwork in to find blueprints around the base. Throughout the game you’ll collect resources before putting them into a recycler and taking the scrap material to manufacture new weapons.

Throughout my time on the Talos l, I was thoroughly impressed with the environment and the sense of dread cultivated throughout the game. From the moment, you’re left aboard the lifeless space station floating in isolation, til you traverse through the empty medical bay Yu’s journey feels authentically chilling. The station genuinely feels like people used to live there, which is impressive given the science fiction angle of the game. Though the gameplay is linear and the combat limited, the shear ambience of the ship draws you away from those concerns and into the horrific story. From start to finish, Prey is cinematically brilliant.