Think about how much you enjoy gaming on your PS4— the adrenaline flowing through you, the voices of friends through your headphones as you strategise, and the sensation of that DualShock 4 controller in your hands. It’s an awesome feeling.

Now imagine that you have a physical condition that affects your gaming. Pain, tremors, poor muscle control— physical factors beyond your control keep interfering with your efforts, spoiling the moments that you want to spend doing what you love. 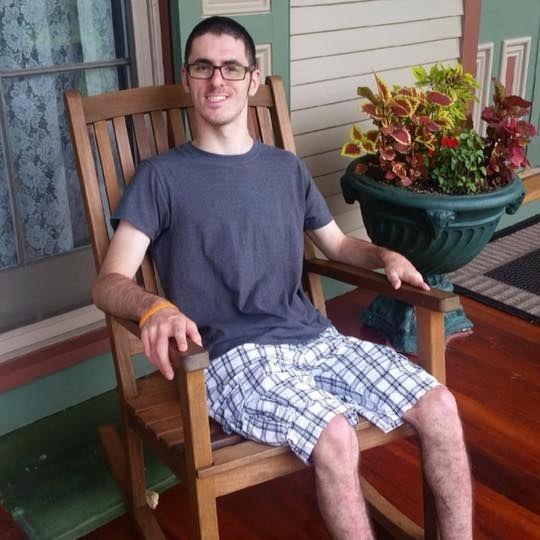 That was the case for Peter Byrne. The 22-year-old man is a big fan of his PlayStation 4. However, the hand tremors caused by his cerebral palsy caused him to inadvertently hit the touchpad on his new DualShock 4 controller. Every time that happened, his game paused. It was not only an in-game annoyance; it was a constant and painful reminder of his condition, even as he was trying to enjoy the game.

Byrne called Sony to express his frustration. Alex Nawabi, an employee from Sony’s marketing department, spoke with Byrne and told him that he would check into the issue and try to find a solution. Then Nawabi went the extra mile, tweaking the design of a DualShock 4 controller himself. Once Nawabi disabled the touchpad, he transferred that functionality to the rear of the controller instead. He spent about 10 hours on the project. Then he sent the adjusted controller to Peter Byrne, along with a letter.

Byrne was surprised and pleased to receive the controller. He told the BBC in an interview that so far, the controller works well and he has been able to play games with no issues. The controller is not under warranty, due to the disabling and re-routing of the touchpad; but Sony employee Nawabi has plans to make another one for Byrne if this one stops working.

There is an entire community of gamers with disabilities, impaired vision or hearing, or other physical conditions. One such gamer, Carlos Vasquez, is a “Mortal Kombat” fan who lost his vision due to closed-angle glaucoma. He was able to keep playing “Mortal Kombat” by ear, thanks to the game’s well-designed stereo sound effects. In fact, Vasquez was even able to play competitively.

More and more game developers are beginning to listen to the disabled gamer community, including special options and features in their games. “Call of Duty” includes a N0M4D control layout to aid disabled gamers, and the MMO “Wildstar” has options for the colorblind. Some games include dyslexia-friendly fonts, while others have closed captions to help hearing-impaired gamers.

Other Disabled gamers from around the world are also encouraged to take part in gaming, here’s some more inspiration…

Ajay, a Gamer Who Uses His Chin and His Voice (PC Gamer)

Groups like AbleGamers and British charity SpecialEffect are coming up with additional solutions for disabled gamers. Though wheelchair-bound and unable to use his hands because of spinal muscular dystrophy, Ajay manages to play video games by manipulating the controller with his chin movements and voice commands. That’s all thanks to a special system designed for him through the efforts of SpecialEffect. Now, Ajay can once again enjoy the video gaming pastime he used to love.

Do you know someone in your circle of friends or family members who loves to play PS4 games in spite of physical setbacks? Share the story in the comments and promote awareness for the community of disabled PS4 gamers.