Sony made headlines a few months ago when it gave the public a sneak peek to the PlayStation 4. At the same time, the company was already planning for another technological device that is bound to be another news-worthy venture. In fact, Sony has been holding several meetings with publishers and developers as it shows off a type of virtual reality headset to be used with the PS4. While the company refuses to talk about this rumored device, there are some news that Sony is making a significant push with technology.

The headset uses the PS4 eye camera for had tracking. What’s more, the device offers even more accurate results than the renowned Oculus Rift, although there are some differences in terms of its aesthetics. Presently, the headset’s working prototype looks quite similar to the VR systems by Oculus including some ping pong balls attached to it. However, the design is not final yet, so there are still improvements and changes bound to come along the way. 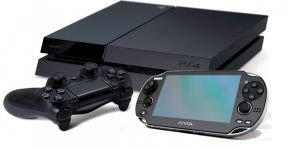 Moreover, news have been circulating that this said system will debut at the 2013 Tokyo Game Show, although these rumors are quite inaccurate. In fact, Sony has no plans of distracting potential buyers of the PS4, despite the fact that there are minimal games made to showcase this impressive technology. Furthermore, the rumored date of release of this headset is expected to be in the fall of 2014. The date is still subject to change, though.

Just a month ago, Sony was rumored to be planning a special bundle pack that will allow customers to pick up a PlayStation Vita and PlayStation 4 in a single package. According to some sources, the company is likely to release a dual-console type of bundle pack by the end of 2013, and this package reportedly includes a Vita and PS4.

Moreover, this move appears as an attempt to increase the sales of the impressive handheld console since it took off in a way that Sony was not expecting. The device may also be used to tie in with the PlayStation 4′s second screen features since all games that do not utilize the PS eye camera can proceed to stream gameplay to the PS Vita. Sources also stated that in case pre-orders maintain the current rate, then the initial stocks of the PlayStation 4 solo packs will possibly be sold out immediately. Hence, this can leave buyers with an option to wait for additional stocks to come out or spend more on the PS Vita bundle.

Indeed, there is a growing interest for the PS4 that is bound to be released in that latter part of this year. Additionally, retailers have stated that this game console including the Xbox One by Microsoft has been receiving numerous pre-order requests at a much faster rate than their predecessors. Meanwhile, existing consoles available nowadays such as the Wii U by Nintendo have been declining in terms of its sales and popularity among gamers throughout the world. There is no doubt that the PS4 has become one of the most anticipated game consoles that is bound to come out later this year.

Only a few weeks ago, Sony debunked the news that it would sell a rumored bundle pack that contain both the PS Vita and PS4. Following the company’s revelation that all non-PS eye games are bound to support the Vita Remote Play on the PlayStation 4, there have been claims that Sony had plans for releasing a bundle pack. The rumor also claimed that Sony’s initial offering would include these two consoles in a bundle pack that costs $500 in the United States and about £326 in the United Kingdom (not including taxes). For most people this price is quite economical, as compared to purchasing both consoles individually.

Although this declaration opens the possibility to a bundle pack at any period in the near future, it ended any claims that this bundle would be sold near or during the official launch date of Sony’s PlayStation 4.