As video game enthusiasts may already know, the PlayStation 4 is an upcoming game console manufactured by Sony Computer Entertainment. It was announced at the beginning of this year, and it will be launched starting with November the 15th. The PS4 is expected to be a direct competitor of some of the most appreciated video game consoles at the moment, such as the Microsoft Xbox One or the Nintendo Wii U. PS4 is known to have an AMD processor along with several social and user-oriented features that enable social game play. Moreover, the PS4 will also offer streaming video game content. 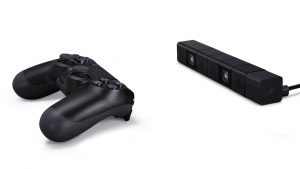 PlayStation 4 is one of the most awaited game consoles at the moment, and all the fans are anxiously looking forward to hear the latest news from the Sony Conference Expo of this year. This year’s Sony expo has put emphasis mainly on the camera of the PS4 and on two of its most likely features:

In addition to this, the high-tech camera can track the movements of your body in real-time during the game play, while the facial recognition feature is designed to facilitate the navigational system. Also, as you may already know the PS4 comes with a previously installed Playroom where users can also enjoy a wealth of features and functions designed to boost their gaming experience. The PS4 is also expected to have an automatic feature that allows you to quickly broadcast yourself immediately after plugging in the camera. The user will basically have two main options to choose from: the well-known Twitch TV and the popular YouStream.

PS4 Rumors and Shocking Facts You Need to Know
Where Can You Pre-Order PS4?
To Top