If you’ve been enjoying Psyonix’s recent release of Rocket League, then you’re probably ready for some new DLC. The game was released earlier in July and was initially offered free for all PS4 Plus members to enjoy, however, the game will go to full price from next week. With only a few maps available, fans were making aware that they wanted to see more in upcoming DLCs. Psyonix has listened and you’ll be pleased to read that a new map is incoming soon, named Utopia Coliseum. Whilst it remains highly possible that Psyonix will change the rules in future DLC, by including obstacles and pitch size variations, that won’t be the case with Utopia Coliseum. The new map looks cheerful and will be a welcomed edition to an already amazing game, but can it help to keep playing wanting even more? Only time will tell on that one.

You can see an image of the new map below… 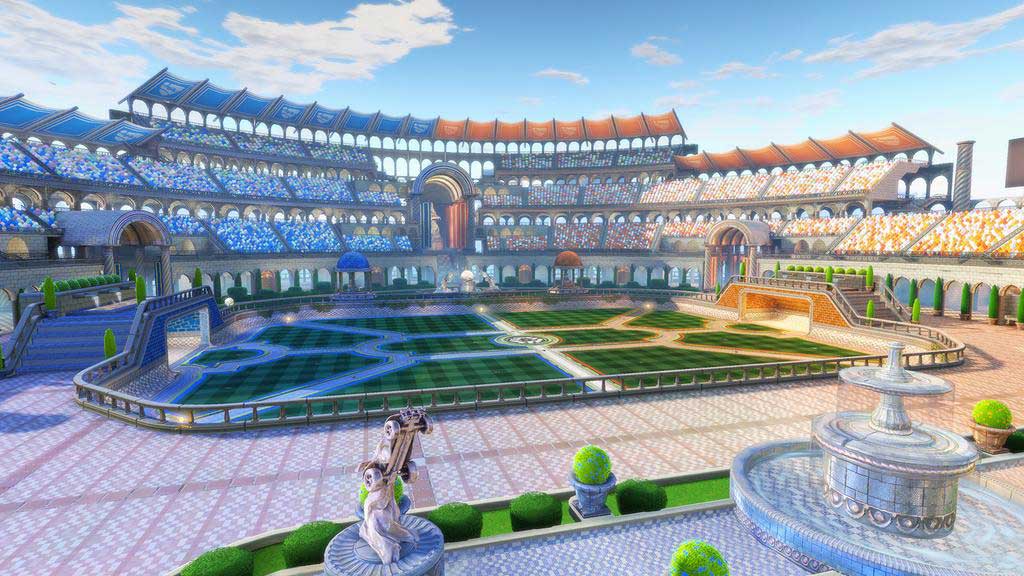 What’s next for PlayStation and its fans?
Dualshock 4 20th Anniversary Edition Pre-order Now Available
To Top