Over the past five years, eSports have risen to popularity and given gamers their own version of the NFL, MLB or NHL that they can enjoy just by booting up their PS4. Gaming has made the evolution from a casual hobby, one originally thought to be enjoyed in an ’80s arcade or man cave, to a multibillion-dollar industry that creates jobs not only in game development but also playing, announcing and journalism as well. And in that leap to eSports, certain game genres have found a place being watched by millions.

For better or worse, shooters, fighters and the more recent MOBAs are the three go-to game types that are making appearances in stadiums across the United States with FIFA, Starcraft II and Hearthstone sneaking in to snag the top spots in a few states. It’s no surprise considering the fast-paced nature and multiplayer capabilities of the genres, but with how malleable the state of gaming seems to be, PS4 owners even have access to MLG tournaments, don’t be surprised if we see a few more outliers make the cut when it comes to the next eSports tryouts. We’ve got a few ideas in particular that we’d like to see take center stage over the next few years because, after all, change can be a good thing. And, quite frankly, we’re starting to get a little tired of the standard fare. 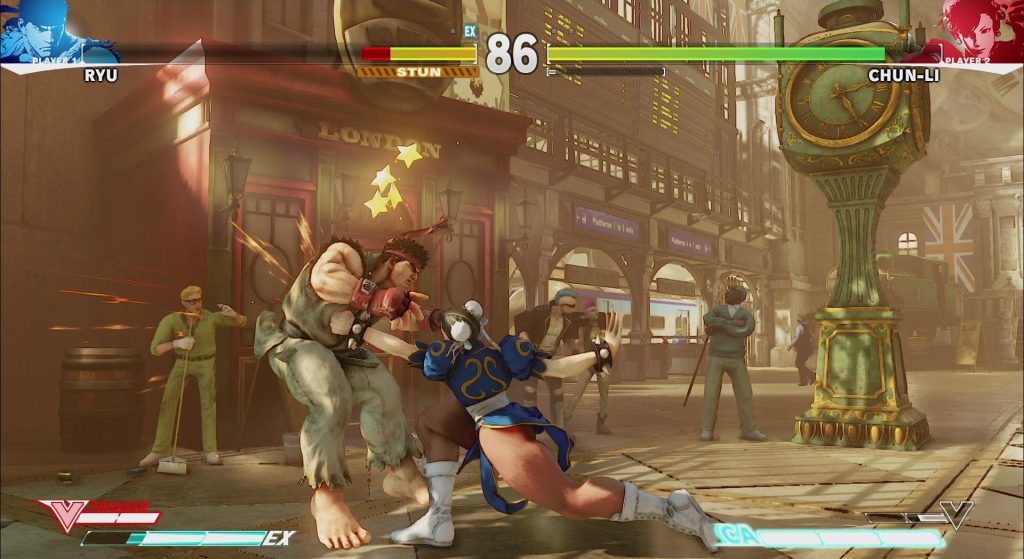 Speaking of standard fare, the Monster Hunter series has taken a break from their everyday handheld release cycle with the soon-to-be-released Monster Hunter World, a title that just recently ended a more than successful beta on the PS4. For anybody not familiar with the series, the game revolves around doing the title’s namesake: hunting monsters. You can perform the task either solo or with up to three other friends and as you fight harder monsters, you build better gear allowing you to fight the next big bad. This loop of gear upgrades and enemy progression continues until you have the best gear and are fighting the game’s toughest beasts, and this is where an eSports application can be made.

Instead of a game where the object is to fight other humans, Monster Hunter World can allow teamwork to be the main goal and the teams the hunt the fastest and take the least amount of damage will be considered the best. Whole tournaments could revolve around revealing brand new monsters and having teams from across the world compete at being the most competent slayers. The glory of eSports professionalism would still be intact as the title is considered difficult by a large portion of gamers (part of the reason the series never caught on in the states), but it would also give the action role-playing genre a chance at the limelight. Hunting teams would be revered by name and each party could be drastically different from the next as the game offers 14 weapons to choose from.

It’s not crazy to think that we can go from fighting monsters to playing cards, is it? Well, we don’t seem to think so and we can almost guarantee that the developers of Casino VR most likely hold that same belief. After all, iGaming and eSports seem like a pretty obvious pairing. While one might be far less up and coming than the other, the basic principles are still there: They’re both a digital medium, and more importantly, they’re both all about playing games in hopes to win large sums of money. Okay, so maybe that last one’s a bit of a stretch, but it’s true that players aretesting their skills in hopes of a monetary gain.

Add virtual reality to that, one hundred or so skilled poker players and a nightly slot on the internet and you have yourself a poker after dark for gamers. This could be more relaxed or intense depending on the players and would ultimately mirror everything we love about professional poker but add a video game element. The only real difficulty would be making this look good in an arena setting, so this one might just have to be mostly restricted to a filmed league that airs daily or weekly. Throw in some virtual skins to replicate Poker Night and you have a winning combination.

Okay, okay, we’re going to catch a lot of flak for this, but we think it would be blasphemous to not mention PlayerUnknown’s Battlegrounds and the PS4’s own Fortnite. Sure, some would consider these a shooter (they’re a battle royale thank you very much) and others might contend that these are already an eSports contender, but compared to most of the big titles, PUBG and Fortnite aren’t different. Where most of the other games offer a steady dose of action throughout a match, they build up to climactic moments. And although there have been a few tournaments for the game, it would be unfair to say this has the same eSports attention as something like Call of Duty or Overwatch.

That’s why this game appeals to us so much. It’s a bit of an underdog in the eSports arena. But it shouldn’t be considering this game has the possibility of being engaging watching one player take on 99 others(think Nascar with the same watching for the “crash and burn” appeal) or watching your favourite team take on 20 others at the same time. That sort of battle royale dynamic doesn’t really exist in sports or gaming right now and we think it’s time that changed. PUBG and Fortnite have the fan power and the skilled players to pull this off, it just needs a chance on the big stage.

Another World: The Emergence of Virtual Reality
Leon Bailey: Build Your Ultimate Team Around The Bayer Leverkusen Star
To Top