Back in the glory days of the internet, players had a myriad of browser-based games they could play on their PCs. Developers had a go-to solution to deploy their games on any computer: Macromedia’s (later Adobe’s) Flash, a relatively easy solution to create and deploy interactive content across the internet. Of course, we didn’t have too many internet-capable devices back then. Most of the online action happened through desktop PCs. Although early attempts to connect gaming consoles to the global network have been made in the late 1990s, no meaningful variants have been rolled out until 2002’s Xbox LIVE, and Sony only followed suit with its PSN (PlayStation Network) via the PS Vita, the PS3, and the PS4.

Unfortunately for some players, none of the web browsers available on PlayStation consoles offered support for Adobe’s Flash. This has ruled out any possibility to play any browser games on consoles, even if they might have seemed attractive at one time. The browsers on the consoles do support HTML5, though, an emerging standard that, although far from perfect, offers a viable alternative for browser-based game developers – and gives PS users a chance to try games that are not explicitly built for their consoles to run on. 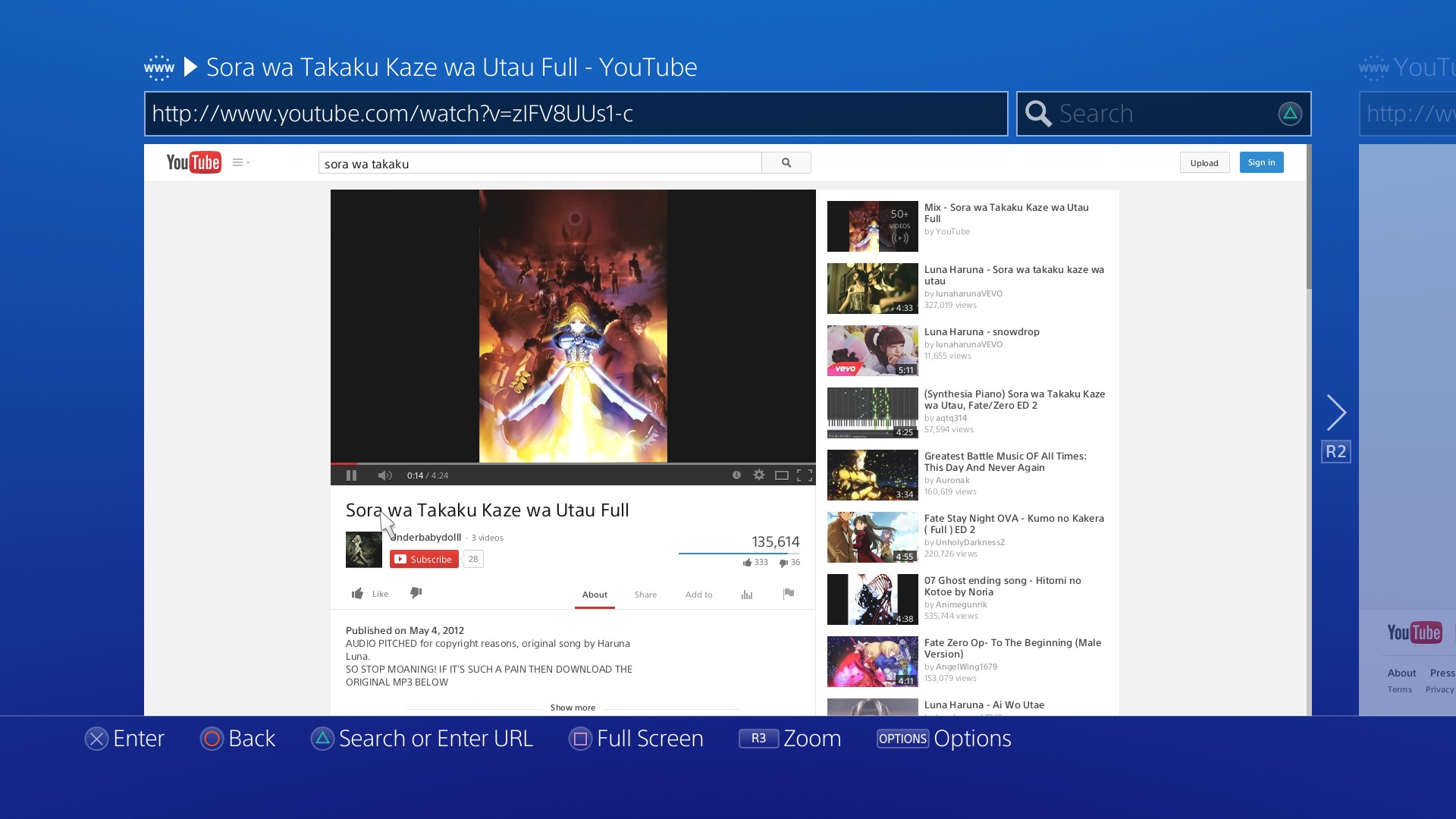 One of the early attempts to create an HTML5-based cross-platform gaming interface came from none other than the real money gaming industry. Visiting https://www.vegaspalmscasino.com/ from a smartphone browser will redirect visitors to the Vegas Palms Mobile, a gaming platform filled with over 130 titles to try. It might be tricky to use the Vegas Palms from a PS4 browser – it identifies devices by their “user-agent” – but if you manage to do it, a great collection of Vegas Palms games falls into your lap that you can play for free or for real whenever you want.

At the same time, several online services allowing PlayStation owners to play third-party games have popped up lately. One of them, called PlayBoxie, advertises itself as a solution to play browser games on any of today’s leading gaming consoles, and desktop computers as well. On the first page of the website, players are asked to select their operating system – Xbox One, PS4, Wii or Windows – only to be taken forth to their collection of games. Among the titles at the PlayBoxie website, you will find classics like PacMan, Snake II, Tetris, X-Type, and newer titles like Cut the Rope, Flappy Bird, and many others. The games can be controlled using the standard PlayStation controllers. Of course, as many other browser-based gaming services, this also relies on ads for revenue, which can be a bit annoying. The PS4 has no ad blocking solution to date, which makes browsing the web using it a burden – but it’s better than nothing, right?

PS4 Pro Games List
Playing Online: Why Browser-Based Games Are the Future (or Should Be)
To Top