Many gamers are asking when will be released the new PS4… Well, in another couple of months, summer will be over and so will be the wait for Sony to unleash its next sensation, the hugely awaited PlayStation 4. A lot of time has gone between the last gaming console and this year’s hot release. Everyone has been trying to pin down the exact PS4 release date. But if recent reports are to be believed, the much-awaited gadget will make a dashing introduction in November. Sony has been debating with itself for a long time regarding the date of the release of PlayStation 4, given that there was some big trouble over the production of the consoles. 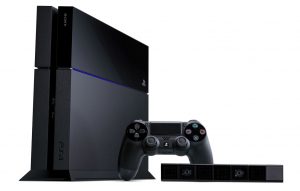 In fact, a couple of weeks ago, tech-pundits had declared in a prophecy that PS4 is not coming any sooner. This created a situation of disappointment and panic among the PlayStation loyalists. Everyone was almost fearing that the gadget would be released much later or even maybe next year. Thankfully, Sony itself intervened to put the wild stories and anecdotes at rest. In a recent report, the famous gadget maker made it clear that they will unveil the latest PlayStation 4 no further than November.

Here is a sneak peek into what this new PS4 has to offer for us for our holidays in Christmas.

It looks from a first glance that the makers of the PS4 have closely adhered to the usual PC layout.

Equipped with state-of-the-art Internet browsing facilities, the PlayStation 4 will also include some new fascinating attractions for the multiplayer game fans. The most amazing one is that of PS Vita, a special facility that allows you to record and stream footage of your progress in a specific game.

This means that you will be able to send clips and videos of your game-play to your friends using the Vita facility. On the other hand, you can also use the facility to let your best friends to take over the reins of the game. All these attractions end up making multiplayer gaming a lot of fun for you.

Now, there is the factor of the controller which is one of the important factors for any gaming console. The controller of the latest PlayStation 4 is a DualShock 4 controller which comes with some sensational attractions. There is a touchpad, a nifty share button, a headphone jack for some personal gaming and, most importantly, a unique light bar. The light bar, when switched on, will make your controller work like the similar motion sensor controllers of Wii consoles. This is especially a cool and unique addition to the entire PlayStation arsenal as well. This is one of the trendiest attractions.

As is the ritual with Sony’s PlayStation release, the latest PlayStation 4 will be introduced with a slew of launch games. The hottest sensations during the launch are:

…and many more such games. Some of the big names in the field of designing and developing games and platforms like Bungie, Evolution Studios, Ubisoft and Sucker Punch are planning to release some of their most awaited outings during the PS4 release date. It is a good opportunity for them to create the most suitable impression about their latest games to be introduced for the fans.

Sony has planned that the PS4 release date for USA, Japan and Canada will be 13th November 2013. However, there were some talks about the date of the USA release being a bit ahead of schedule. This means that USA is keen on releasing the entire gadget a bit earlier than the other country.

In Australia, along with United Kingdom, the PS4 release date will be no more before than January 2014. The same would apply for European countries as well. This could be slightly detrimental.